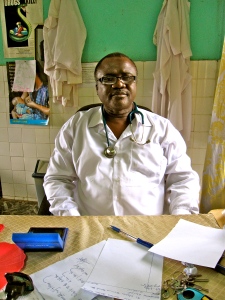 Just over a year after it implemented its ambitious free healthcare service for mothers and under-fives, Sierra Leone is facing a public accountability test following concern that up to 25% of donated drugs may have gone missing. After an internal stocktake, Unicef has called for an investigation. Confirmation of the actual figure is expected in early July.

Despite its minerals, Sierra Leone remains one of the poorest countries in the world – life expectancy for men is 46 and for women 49. Attempting to deliver free healthcare presents significant challenges for a country still recovering from a decade of civil war.

Sierra Leone’s free healthcare initiative, launched in April 2010, was designed to tackle the country’s high maternal and child mortality rates. The country is the worst place in the world to have a baby, with one out of eight mothers dying in pregnancy or during childbirth, and only one child out of four reaching their fifth birthday. The country now offers free health services to all pregnant women, breastfeeding mothers and children under five.

With only around 85 doctors, 20 state hospitals (51 if you include non-state, mostly faith-based hospitals) and 1,200 health clinics, covering a population of up to 5.5 million, it’s a significant challenge to deliver free healthcare.

The payroll had to be cleared of “ghost workers”, and funds secured for trained health workers and for drugs. Procuring, transporting and storing these drugs is proving to be a challenge – as the Unicef audit has shown.

The initiative relies on support from a variety of international donors which have helped refurbish hospitals, supply medicines and pay wages.

Critical to making the most of this support is upgrading the systems of monitoring and evaluation to assess the success of the initiative. The ministry of health and sanitation’s first monitoring bulletin, six months in, showed the number of women and children accessing the service was growing steadily.

There have been problems: a health minister sacked in 2009 for corruption, junior staff on strike, health workers given large pay rises to compensate for the loss of user fees, and staff shortages. About half of the healthcare staff Sierra Leone trains leave for Ghana, the UK or elsewhere. And now comes the concern over missing drugs.

Angela Griep, from Unicef, said a stocktake of donated drugs began at the end of 2010 and has just been completed. It reviewed stocks from clinics across the country. Local press coverage suggests up to 25% of stocks may be missing, but Unicef says this figure needs to be verified to determine how much of it was lost through poor record-keeping and waste, or was stolen.

Unicef procures 68% of the drugs for the healthcare programme. The UK’s Department for International Development (DfID) has committed £4.4m to pay for drugs for the initiative. A spokesman for DfID said: “The UK government acted swiftly as soon as these potential losses were discovered and immediately halted further distribution of drugs. Once the final analysis has been done by Unicef, any loss will be recouped in full.”

Sierra Leone’s president, Ernest Bai Koroma, has said he will personally supervise the delivery of donated drugs across the country to ensure that those entitled to free healthcare receive it.

Unisa Sesay, a spokesman for the president, said: “The government is examining Unicef’s report. We were not aware of the scale of missing drugs discovered by Unicef, but we take it very seriously and are taking corrective measures.” The president announced a taskforce to deal with drug distribution, made up of his representatives, the ministry of health and sanitation (Mohs), the police and civil society.

A senior Mohs representative said a system as ambitious as the free healthcare initiative was a learning process, and that the government was aware of poor supply, reporting issues and limited staff capacity. He also acknowledged that there may be local “leakages” – the term used to describe stolen supplies.

Unicef says it is taking action based on the report’s initial findings, including hiring transport companies to do a “milk-round” to deliver drug stocks from the district hospitals directly to rural health clinics. It is also halting further drug supplies until the distribution system is tightened.

The missing drugs are thought to include the life-saving artemisinin-based combination therapies (ACT) to treat malaria. ACT is particularly susceptible to theft because it can be readily bought and sold over the counter.

Unicef says the number of consultations for malaria for children under five has increased by more than 200% since the initiative began. According to the Lancet medical journal, three times as many children have been treated for malaria as before the programme.

How Sierra Leone’s government and donors deal with this issue will have a significant impact on the life expectancy of women and children, and the country’s ability to the meet the millennium development goals.